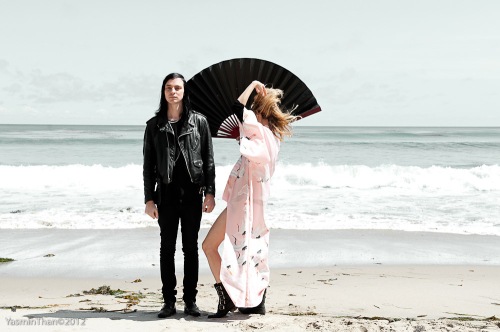 Gothic music gets a bad reputation. Most people think that goth bands are hateful, harsh and ugly, but bands such as IO Echo show the other side of goth: the romantic side. IO Echo is more like flowers and velvet than black eyeliner and combat boots. Yeah, it’s dark, but it’s dreamy, too. The band’s shoegaze-y atmosphere is a great contrast to singer Ioanna Gika’s vocals. Her clear, classically pretty voice cuts like a light beam through the distortion fog, reminding you that this might be gothic, but it’s still modern-gothic, via sunny Los Angeles.
—Jaime Lees