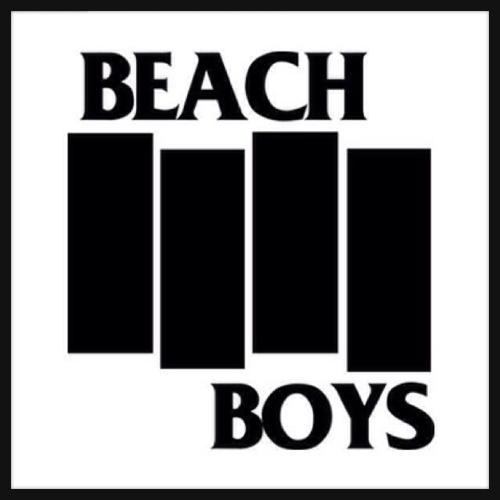 Band shirts used to be a way to easily identify other members of your tribe. It was a method of claiming allegiance without saying a word, a way to help find other like-minded people. People wore their love on their sleeves, quite literally. Back in the day you couldn’t just creep on somebody’s FaceSpace profile or look up their online playlists to find out their tastes in music, so kids who wanted to rep their favorite band had to wear the dang shirt. I know when I was a young lass, I was certainly intrigued by any gentleman wearing a Dinosaur Jr. t-shirt. (Bad move. Most dudes who like Dinosaur Jr. are emotionally damaged beyond repair. I am prepared to argue this point at length.)

And while there were t-shirt ordering magazines (remember Rockabilia?), for the most part to get the dang t-shirt you had to go to the show. So the shirt didn’t just mean that you liked the band, it meant that you showed up for the band, which spoke even more to your devotion.

When I was a teenager, band shirts usually didn’t come in smaller sizes or tailored for women. Kids these days are so spoiled, I swear. We had one choice: wear the XL or nothin’, so we walked around like dopes with giant sheet-like T-shirts that draped from our collarbones down to our knees. The shirts were ill-fitting (especially if you’re like me and have a bountiful bosom) and of poor quality, but we walked uphill in the snow both ways to get get them, goshdarnit.

But sometimes I see a band shirt that makes me change my policy. Band t-shirts have gotten so much more interesting in recent years and there have been trends that I can totally get behind when it comes to band fashion.

Like all members of my generation, I’m a sucker for things that are clever and when I saw the Beach Boys / Black Flag one I had to buy it, even though I’m still not sure how to wear it.

It’s two bands in one, see?

I’m a big fan of the Black Flag logo. Probably a bigger fan of the logo than the band, even. It’s so great. It’s simple and unmistakable and representative and everything that a good logo should be and, man, there are a lot of Black Flag parody t-shirts and other items out there for sale. A small sampling from our friend Google: 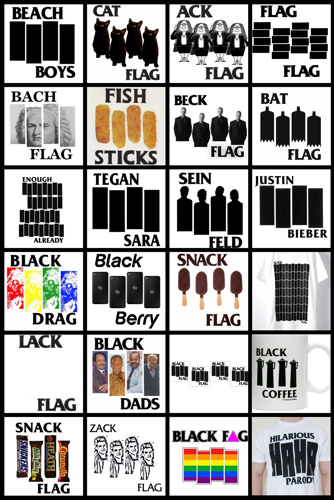 Another of the all-time great band logos came to us from the Ramones. Designed by graphic artist Arturo Vega (long time art director for the Ramones), it is a rip of the US Presidential seal and it has since been aped, itself, in various hilarious fashions. 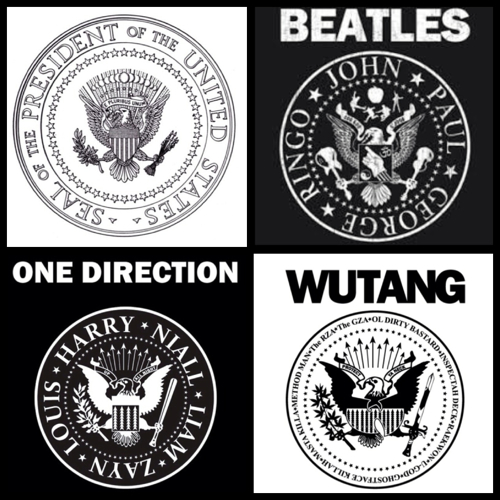 My favorite trend in music merchandise is this one particular style where a shirt appears to be advertising one entertainer, but is actually showing another. My winner in this category is the Nirvana / Rihanna shirt. It’s so delicious. Even setting aside my special interest in both Nirvana’s music and Rihanna’s life, this one still gets me. It’s that subtle little detail in the mark below the eye. Well done. 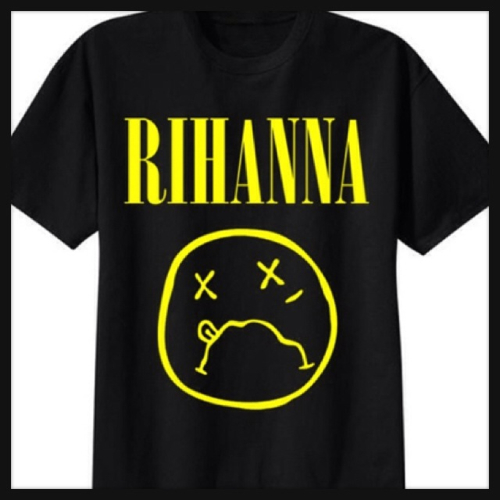 Other stand-outs in this category include these purposefully (and hilariously) mislabeled shirts featuring Lou Reed / Iggy Pop, Bob Marley / Jimi Hendrix, RuPaul / Beyonce and Blur / Oasis. So cheeky. So trying-to-make-me-buy-them. 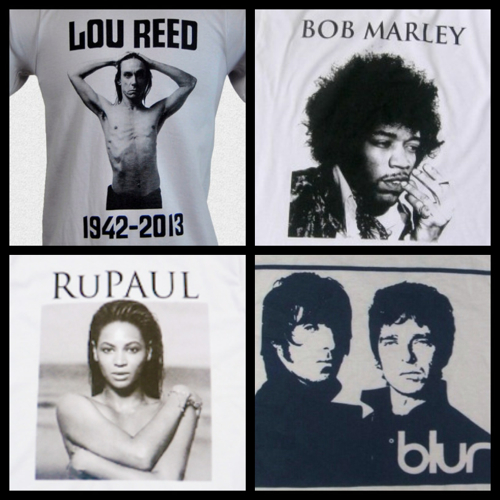 And check out my friend Sam rocking the amazing Beyoncé / Misfits mash-up: 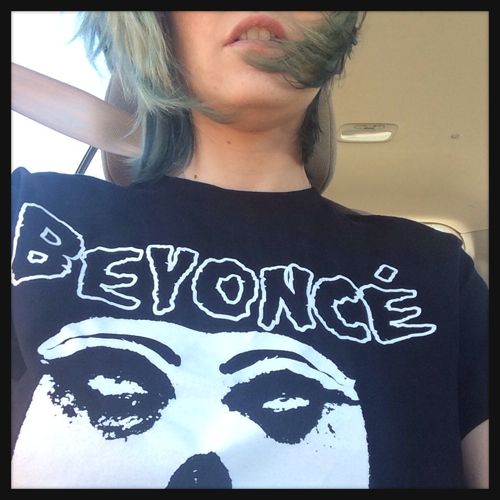 Tons of band logos have also been mocked by genius specialty company Monsters of Grok. Here, you can find the names of all of your favorite scientists and philosophers presented on shirts in familiar logo form. Show off your smarts, rocker. Witness: 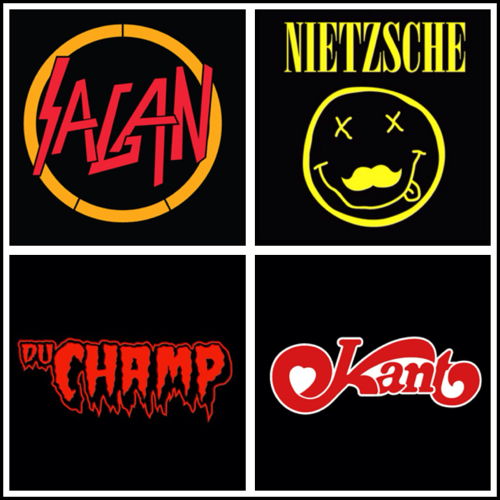 The final greatest newer trend in band shirts is minimalist-designed apparel. It’s popular trend applied in many formats, but can be especially appreciated by music-minded architecture snobs and font fetishists. (I’ll admit: I’m guilty here.) These stylized screens are usually engineered to distill a band down to its essential core: its members. I’ve seen this style in person many times and just a few weeks ago a roadie for Veruca Salt smiled and pressed this guitar pick into my palm as thanks for supplying his singer with some ibuprofen. 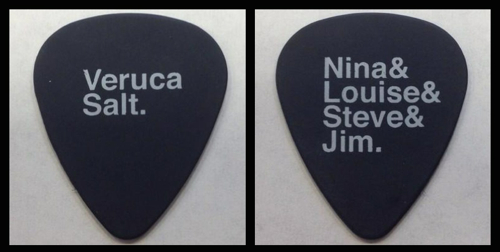 What’s your favorite T-shirt trend? Are you a grown-up who still buys and wears new band T-shirts? They seem so much more fun now and I’d like to get with some of these new designs. Teach me how to wear these things again without having to do some complicated, elaborate upcycling artistry. Maybe pillow cases are easy enough to make, right? And buy me this because I need it. I don’t know why, but I need it: 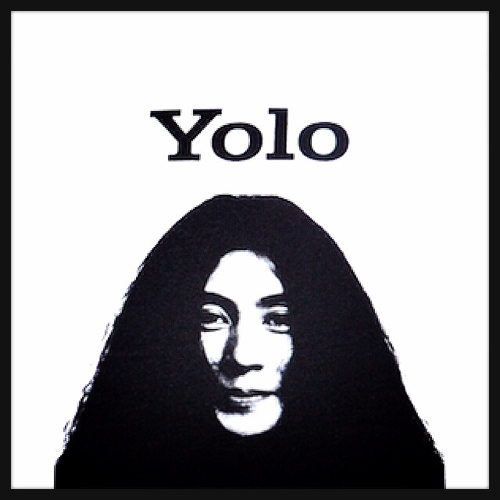