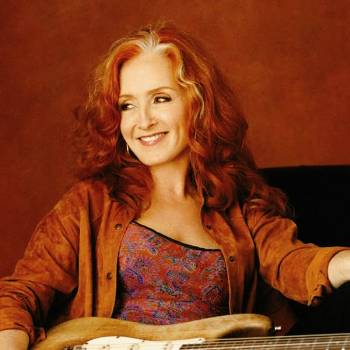 You want to know what’s some bullshit? Bonnie Raitt is totally under-appreciated and under-praised. Yes, people love her, and she’s well respected, and her shows are expensive and sold out, but she’s playing the freakin’ Pageant. She should be selling out venues ten times that size. Bonnie Raitt is an historically important badass, a hero of the slide guitar, a singer-songwriter, an intellectual and an activist. She’s also a feminist icon because she kicks all the boys’ asses on guitar. Raitt should be worshiped in the same way as Prince or Bruce Springsteen. Show some goddamn respect.

Update: This show has sold out. Next time she tours you can show some goddamn respect by getting yourself a ticket in advance.